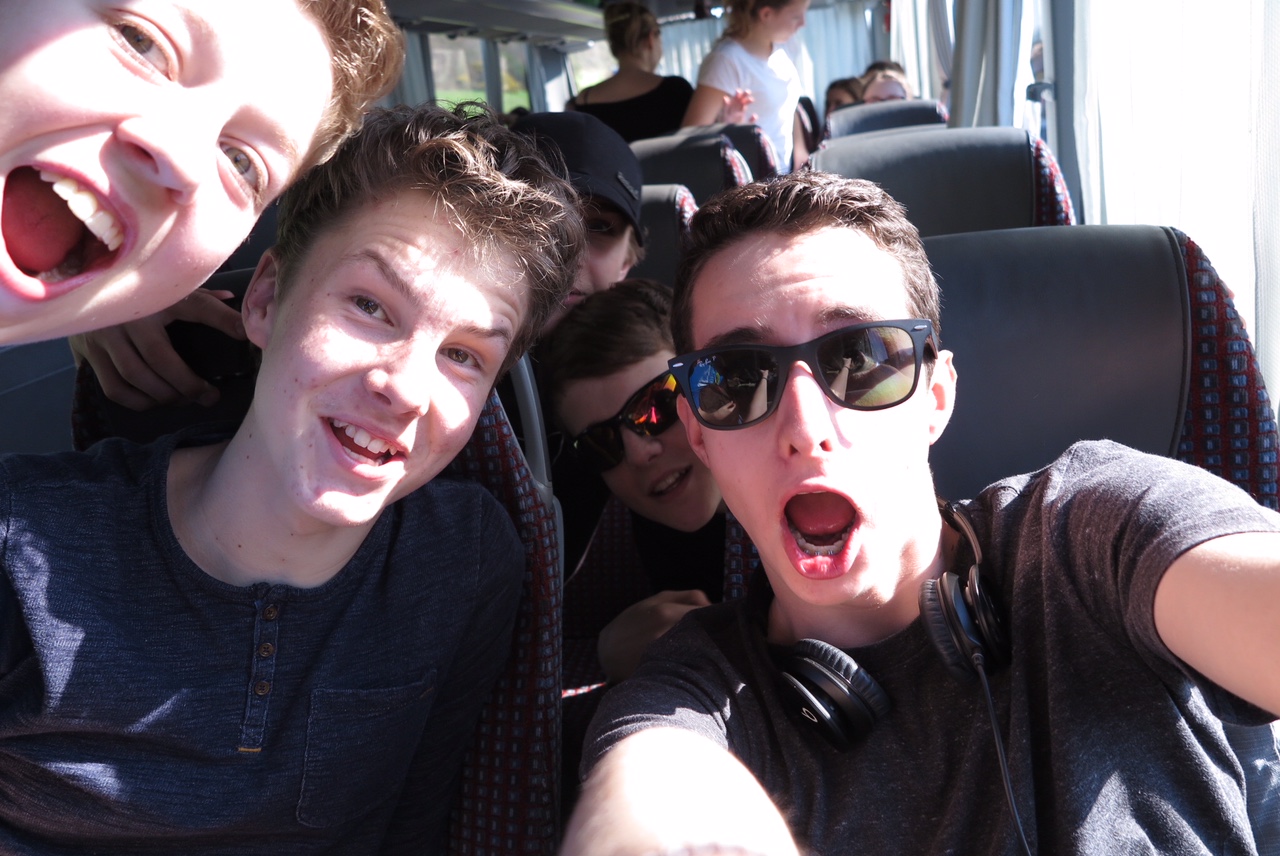 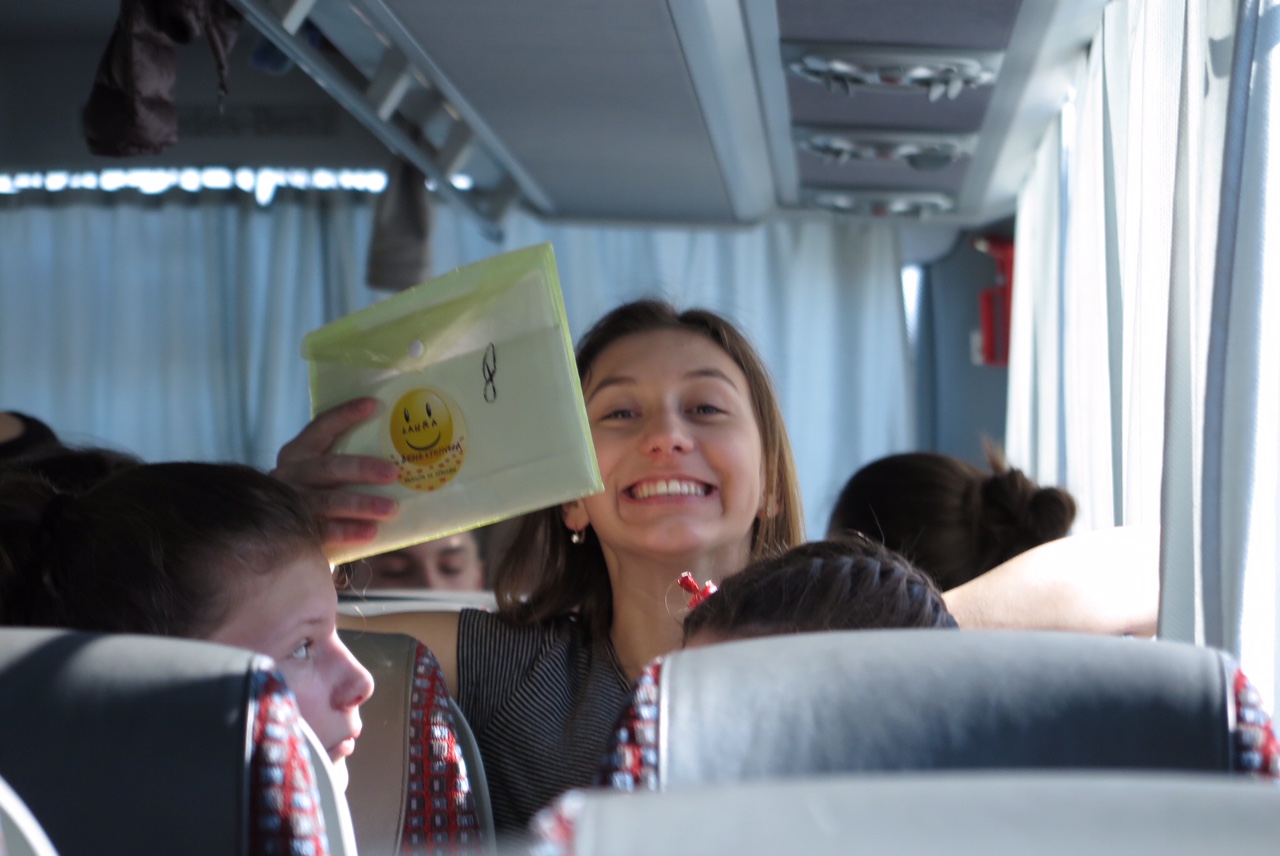 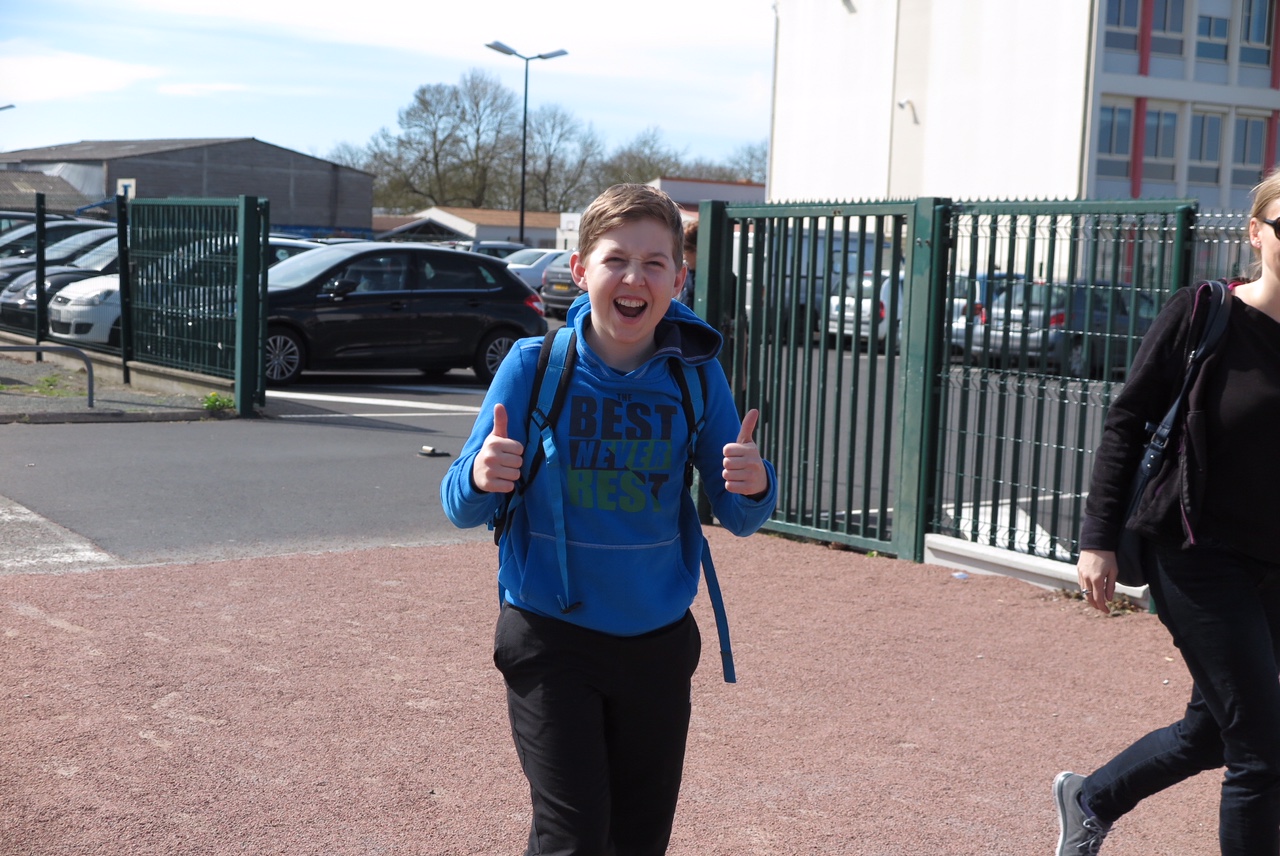 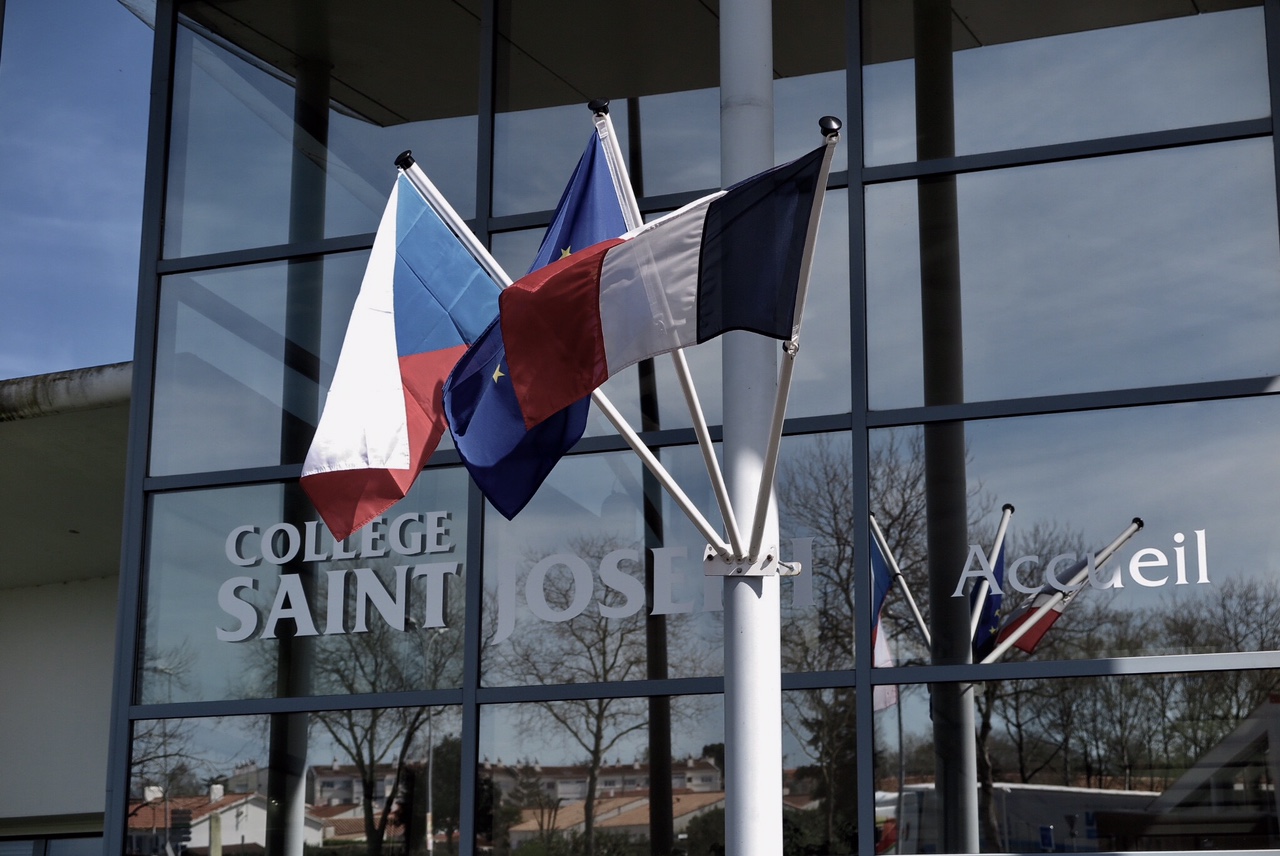 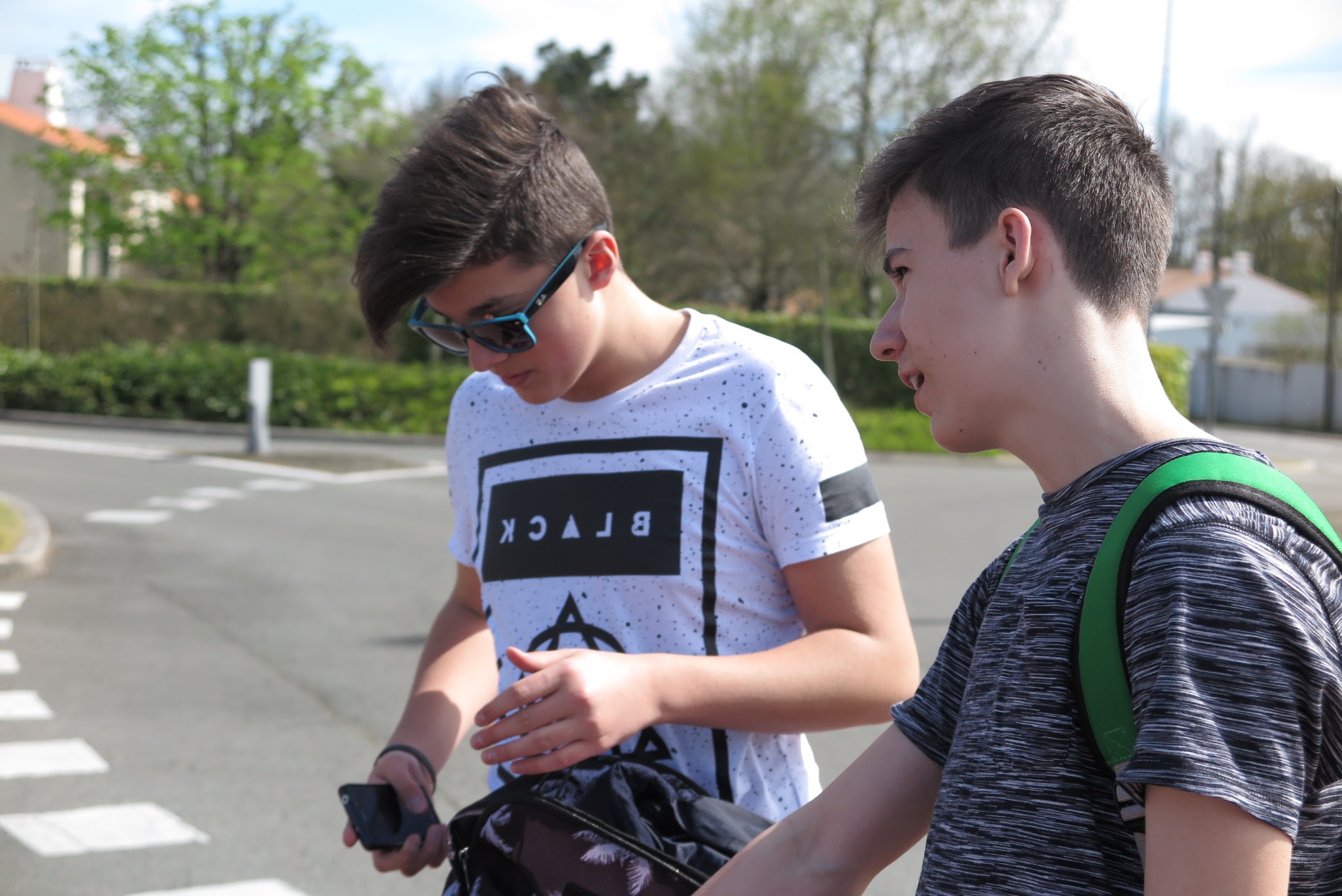 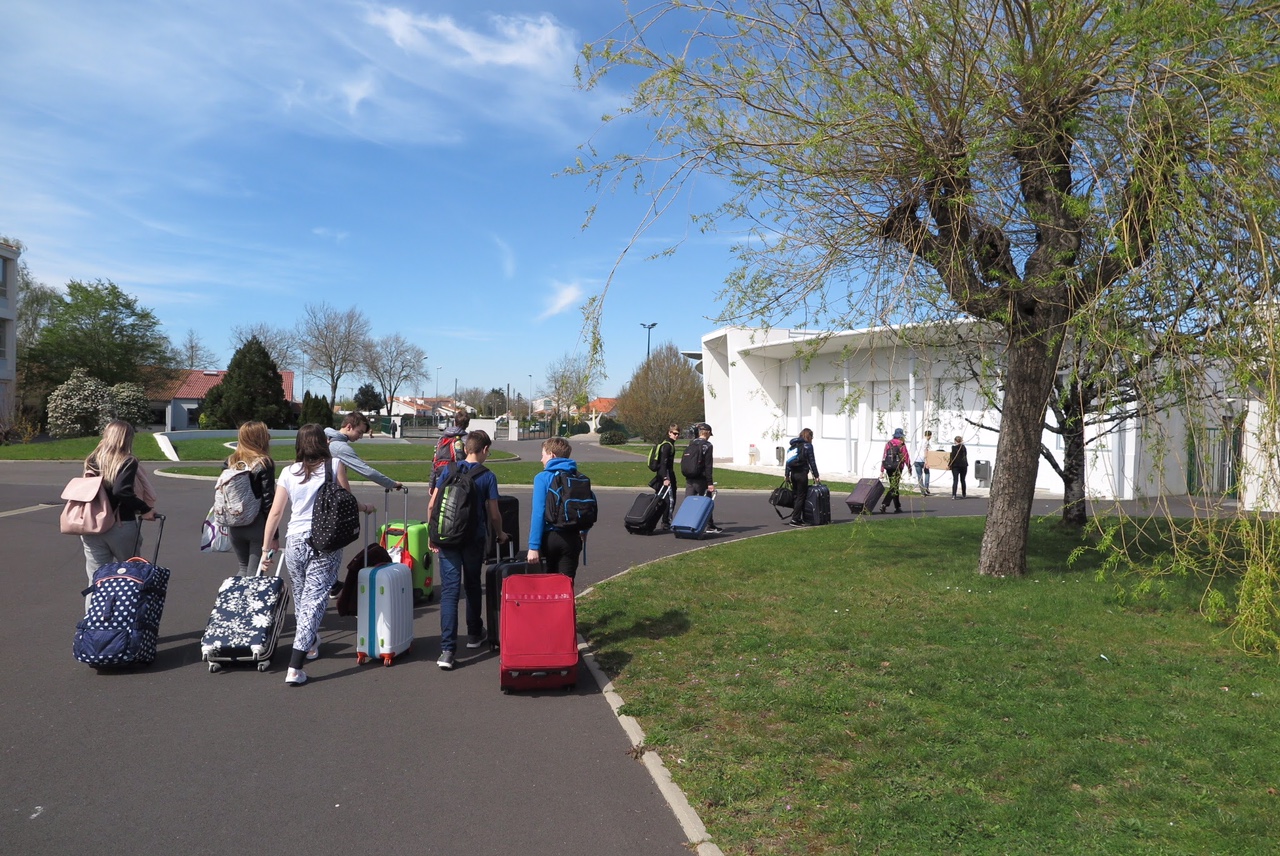 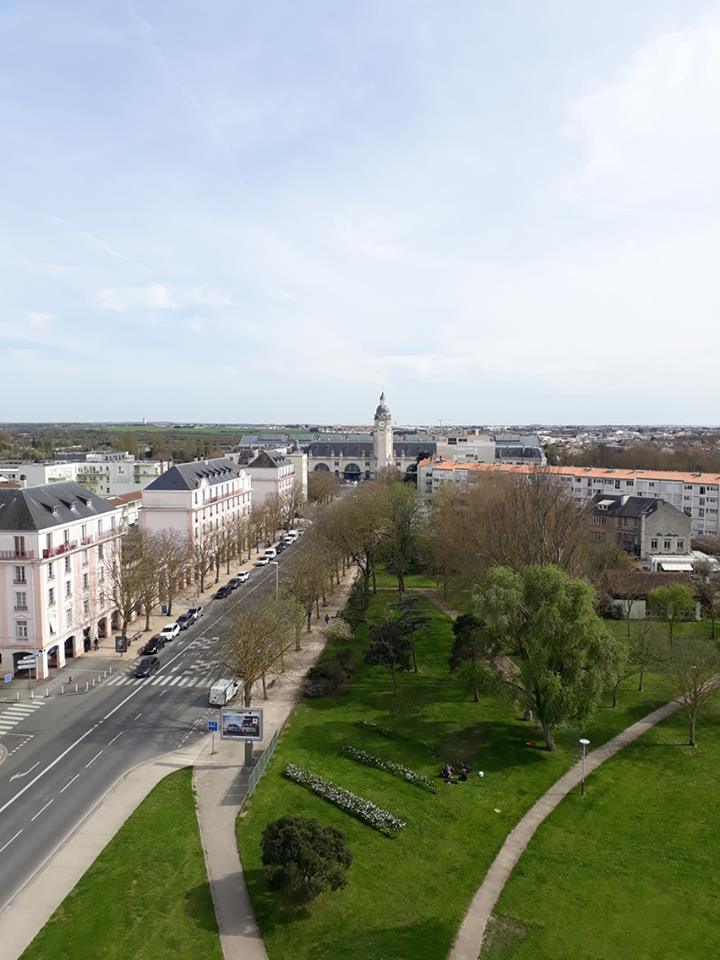 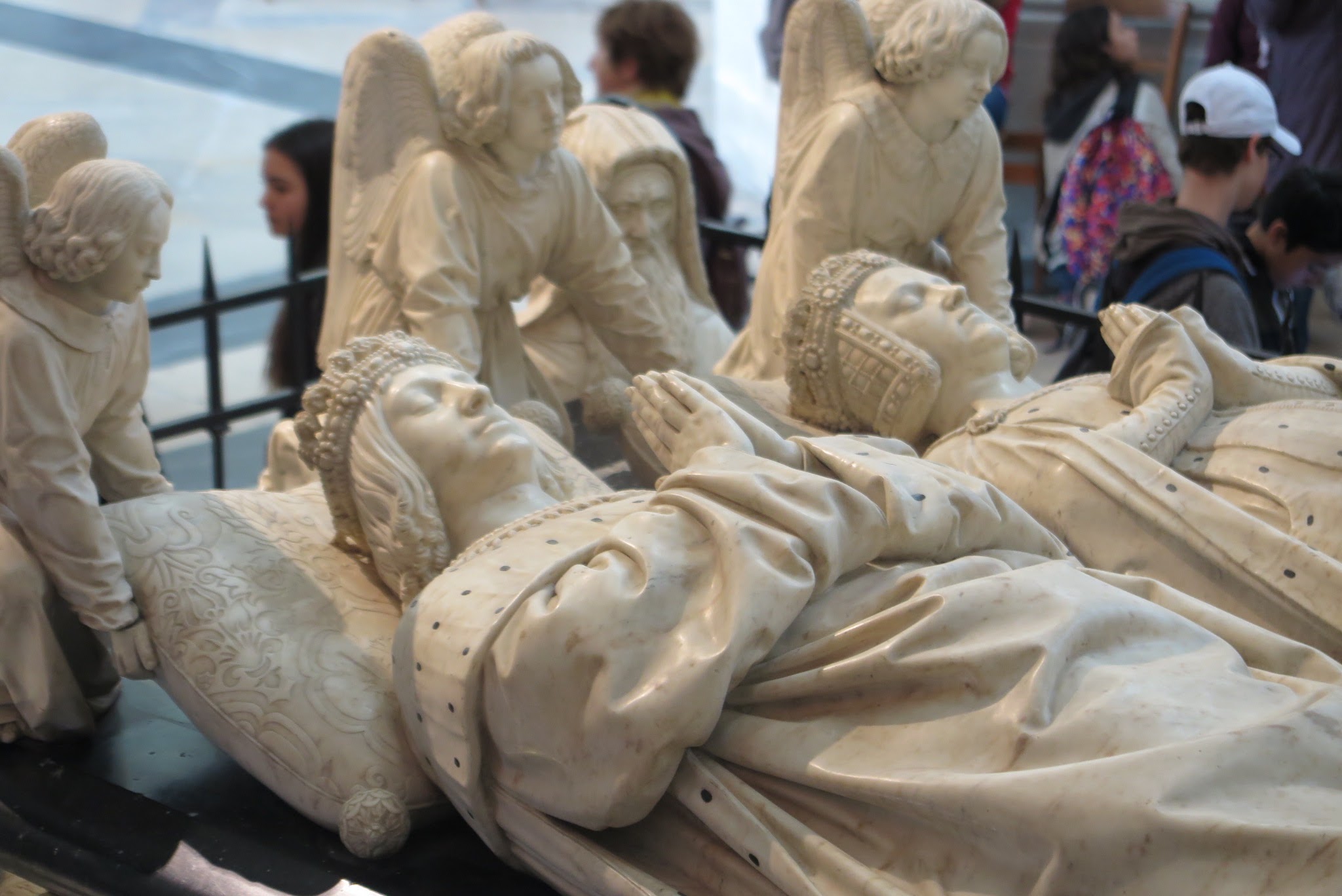 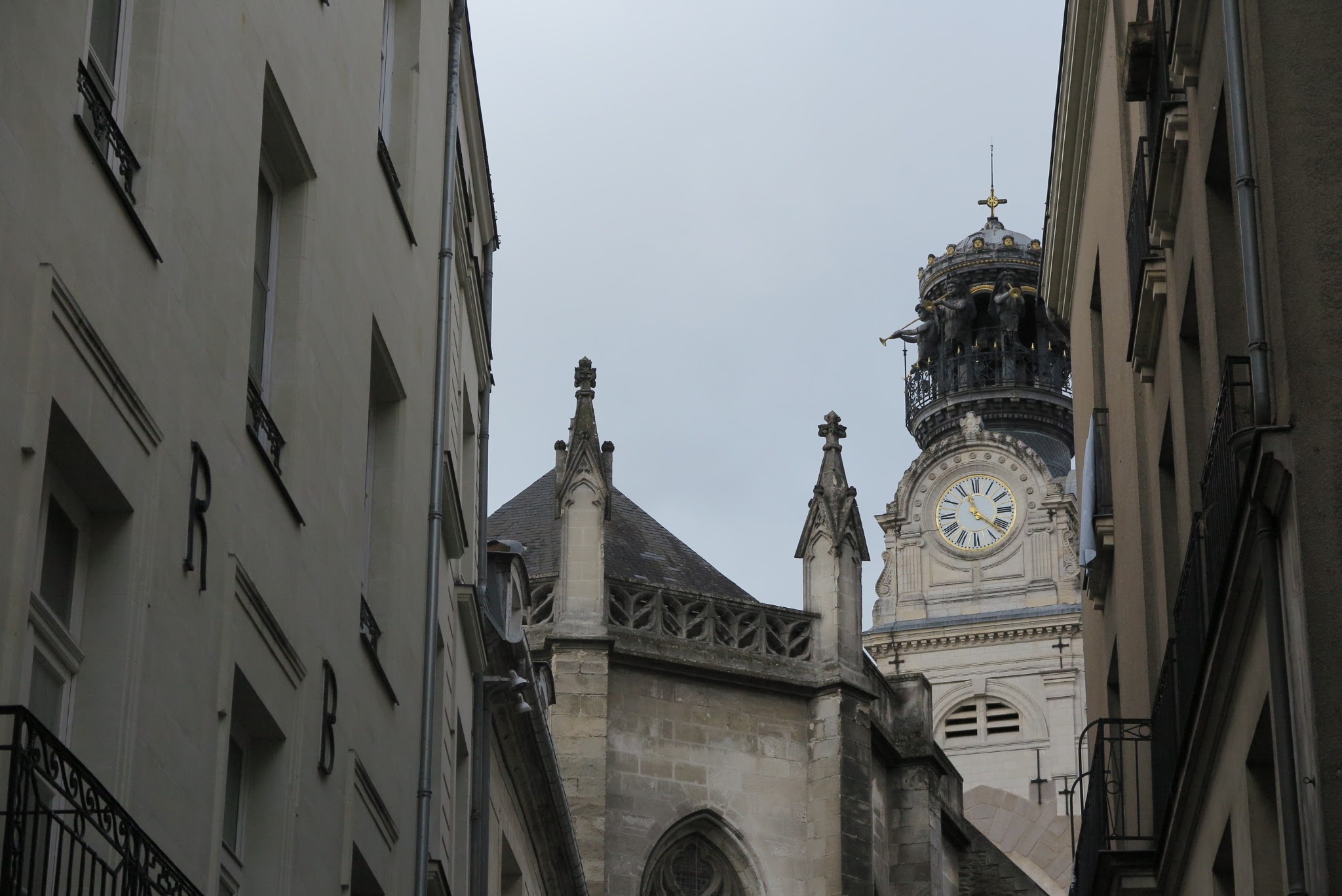 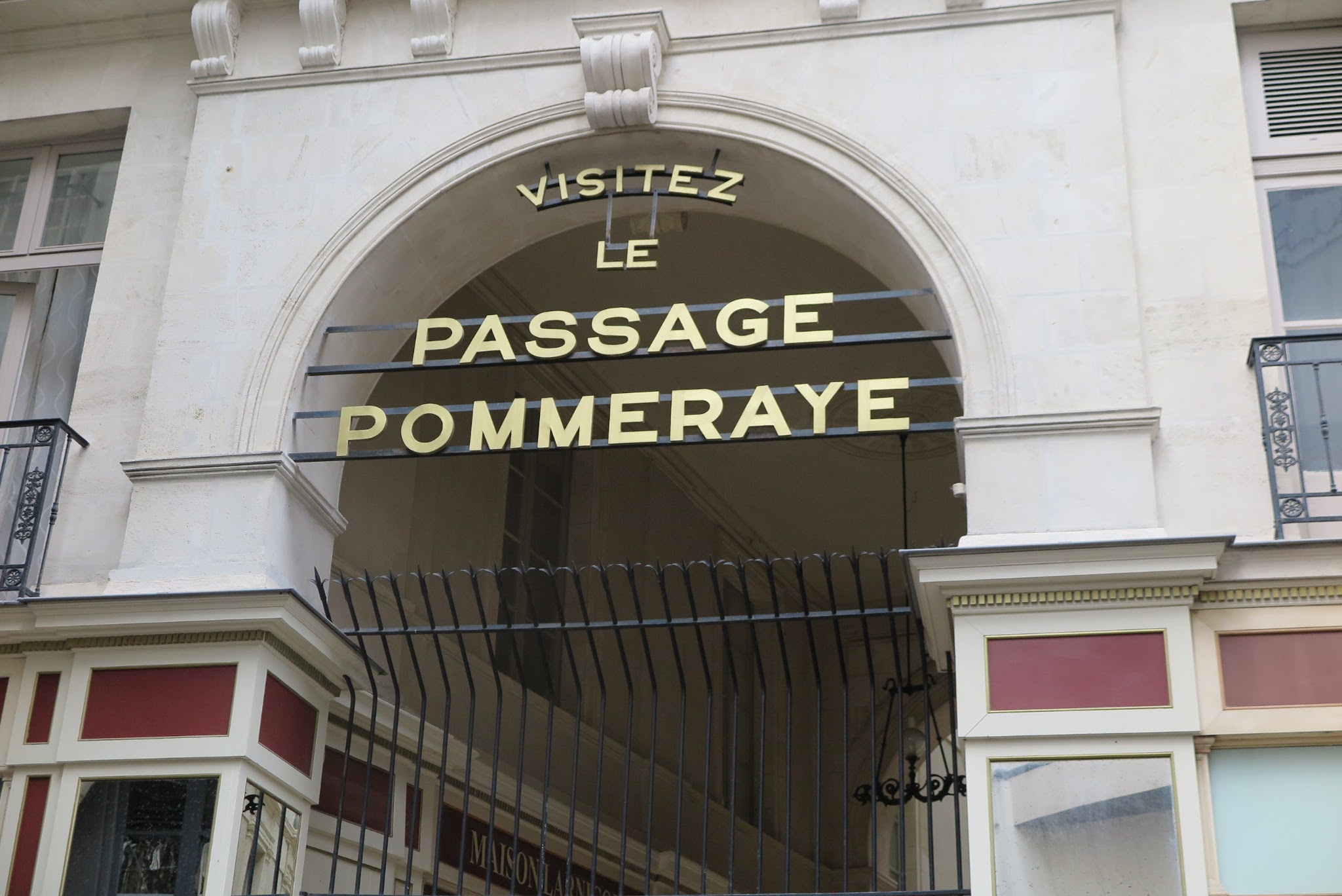 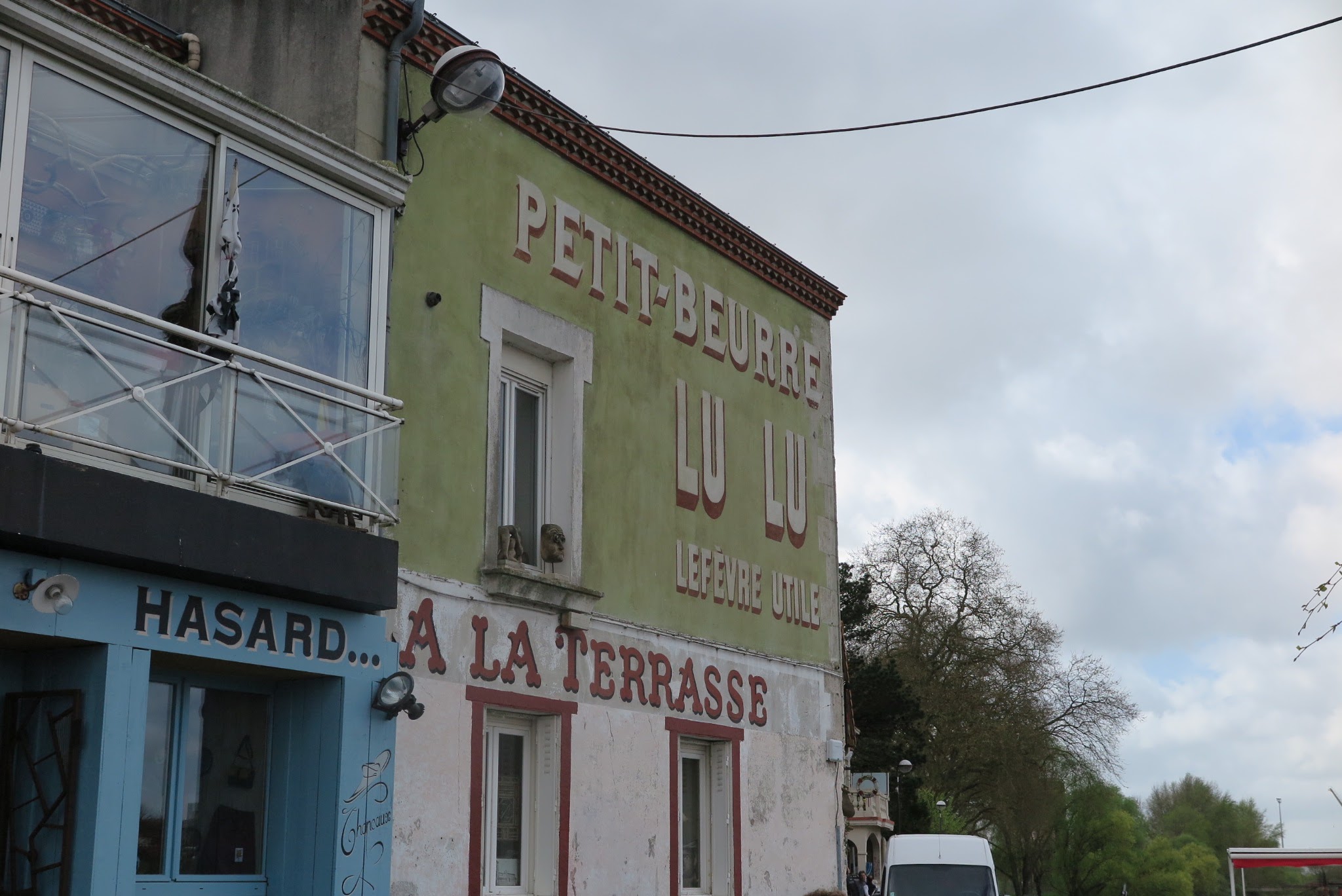 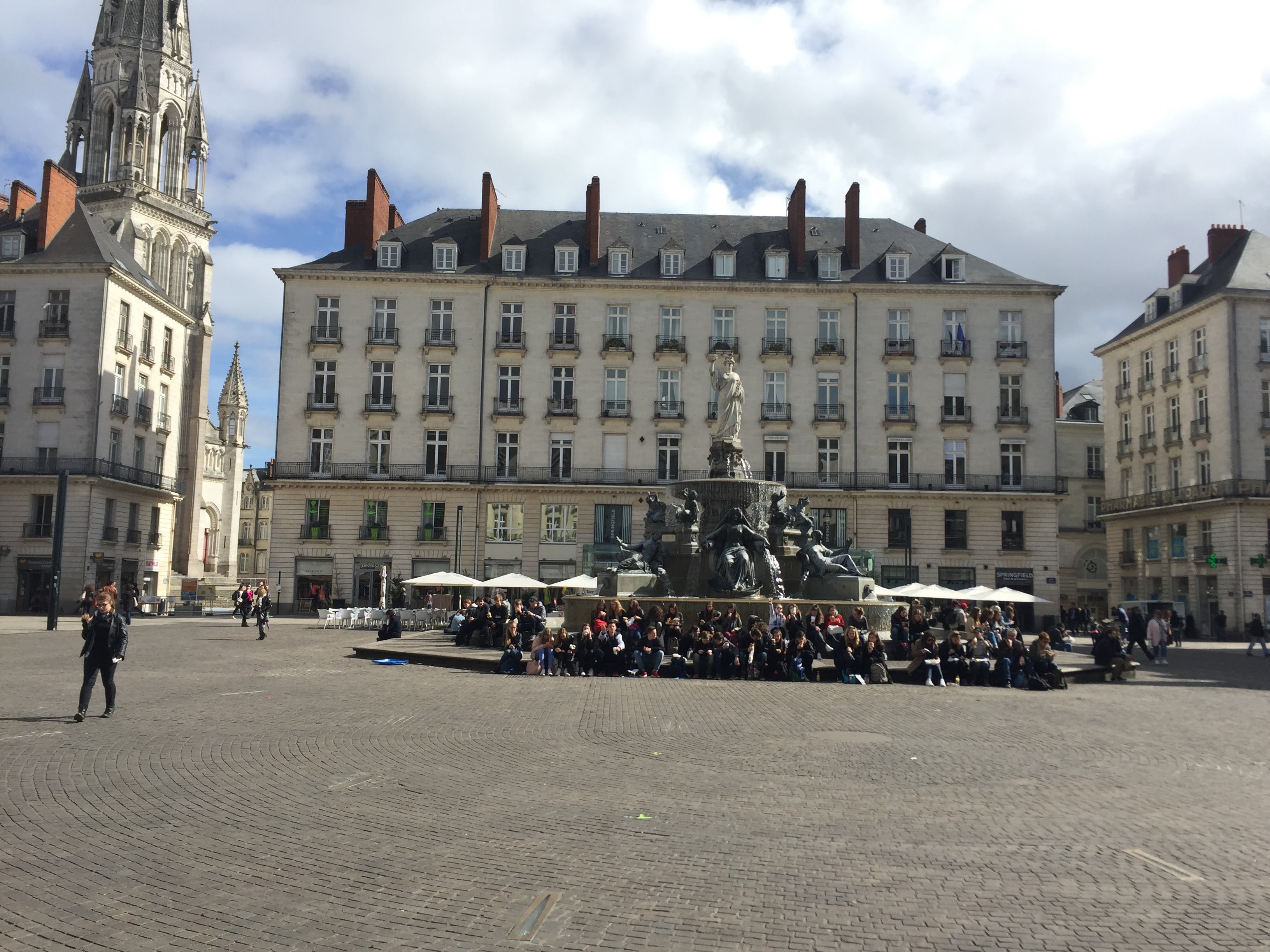 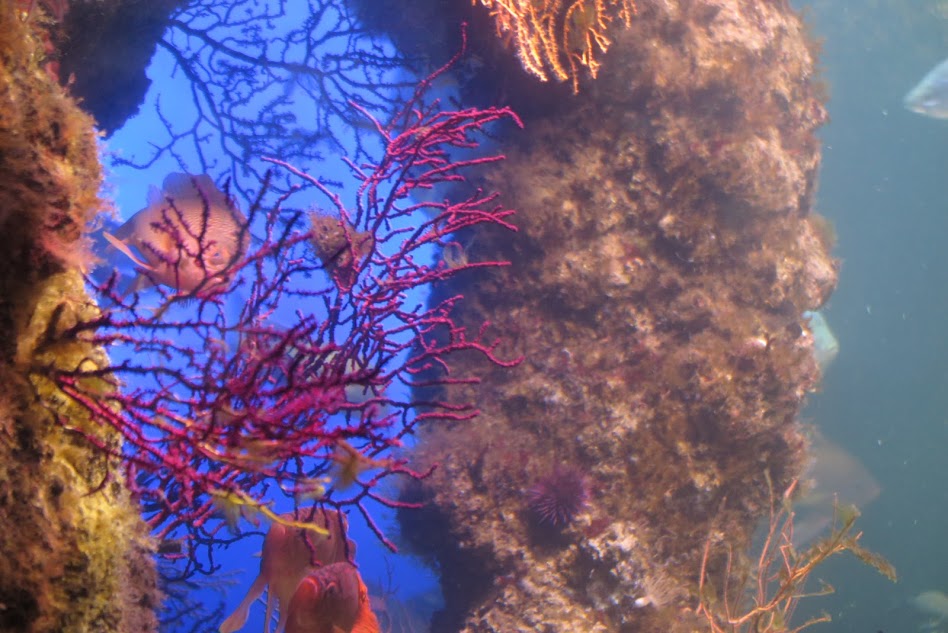 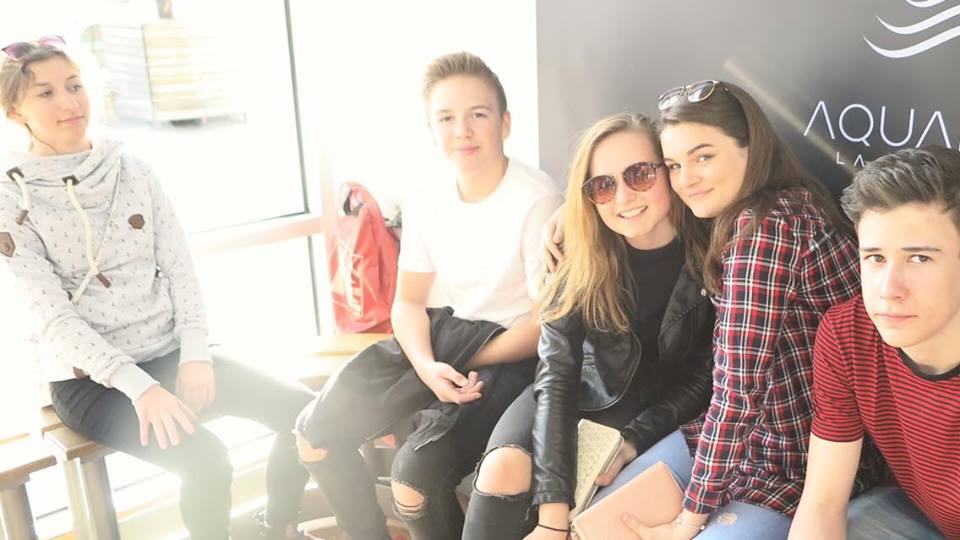 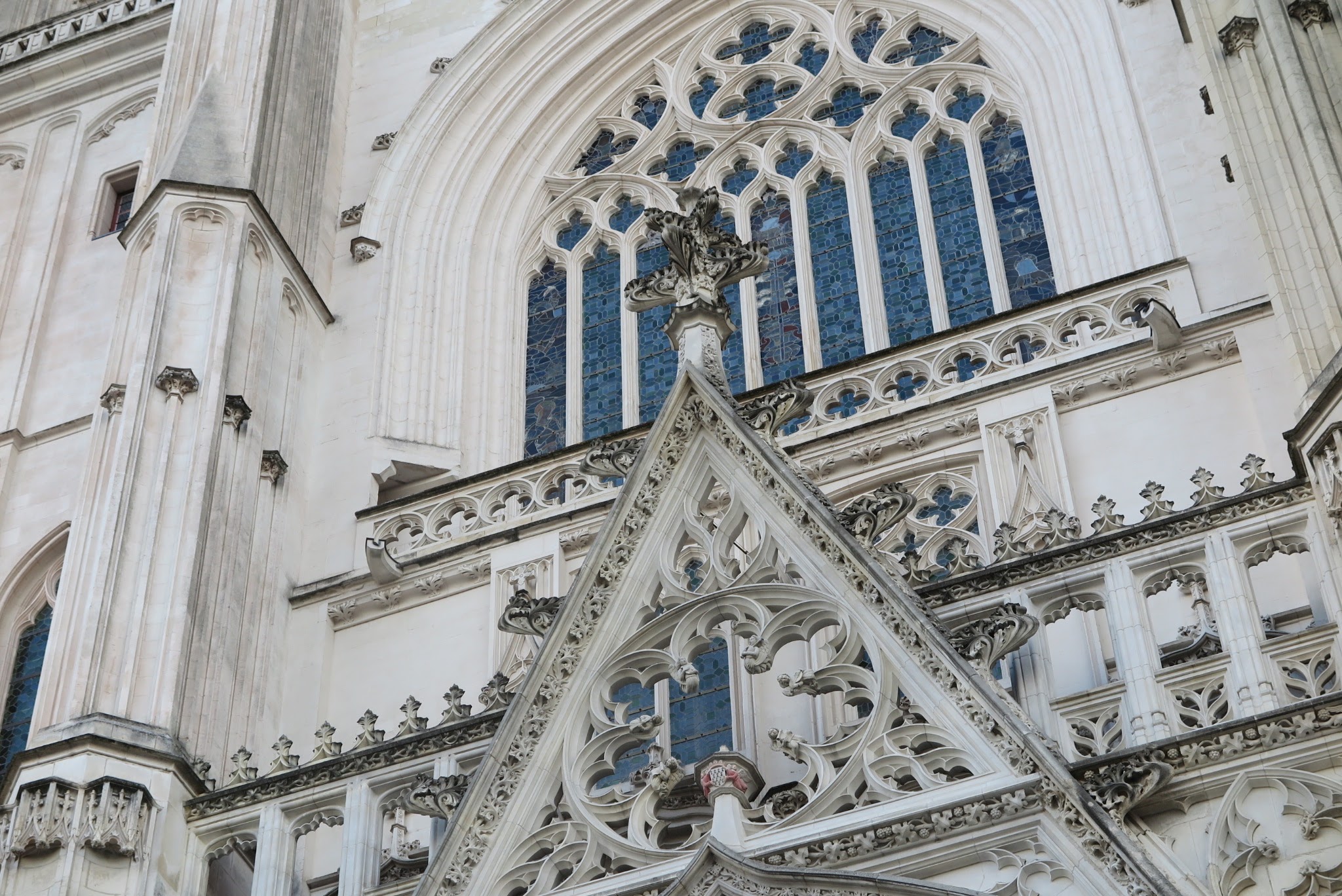 Our trip started on Sunday 26th of March. We met in front of our school about half past four in the afternoon. All of us put suitcases onto the bus, showed our passports and travel insurance, said goodbye and we were ready for probably the longest bus ride in our lives.

We went through Prague to Rozvadov where we stopped for some snacks and coffee. During the night we went across Germany and when the lucky ones who were sleeping woke up we were in France. After a few hours, Paris appeared, obviously traffic jams too. However, there was a lot of fun on the bus, so nobody except the driver cared about it. After that, just one last stop at a gas station in Le Mans, where the famous racing circuit is. We arrived at Saint Joseph school in the afternoon. Actually, we arrived earlier then we were expecting so we had to wait a bit for our penfriends. They prepared a small welcome for us and, after a short speech from the teachers, everybody went to their families.

It was 7:15 when our penfriends woke us up and they gave us breakfast. When we ate our breakfast, we went to the bathroom, we dressed up and we brushed our teeth. After that we arrived to school with our penfriends. They gave us some instructions and we saw two lessons of their friends. We were at Math and English lesson and it was really interesting. After that we had to go in front of school and we went to the bus with other czech students. After 20 minutes we arrived to windmill and we had a visitation there. After we saw the windmill, we had pancakes from their flour. We took some photos there and we went back to the bus. Our penfriends were waiting for us in front of their school when we arrived back. Teachers told us that we can work on our songs that we chose (czech/french songs and shared songs with french students). We could writing texts of shared songs and we could try to sing it. After working on songs our group went shopping and we went at the caffee. We bouhgt some postcards and some souvenirs and after 7 p.m. we went home and our „mothers“ cooked us dinner.

On Wednesday we met at 8:25 in front of the college St. Joseph in Challans. We went to a small city St. Gilles Croix de Villes by bus. The town is known for sardines haunt. We visited a market and historical centre. At the market we tasted quite a lot of food, for example oysters and some typical French pastries, like macarons or chocolate bread. At the market we could see lots of flowers, cheese, fruit, vegetables and clothes. There was also a little stand where you could buy horse meat (quite disgusting). After that, we visited a sardine factory where they showed us a short video about hunting and putting sardines to cans and then we could taste them. The afternoon we spent with our penfriends. First of all we had lunch with our French families. After that most of us went to laser game (Czech team won) and then to a beach. Laura and Adéla went to Laura´s correspondent´s home, where they ate waffles and played a game called Mollky. Kristýna went to Clémenc´s side flute exam and then to Magda´s penfriend´s home, where Kristýna and Magda had a birthday party and played table tennis together. We really enjoyed this day.

So in the morning everybody had breakfast and was prepairing in their families for our trip. Then our families took us to the school Collége Saint Joseph. There was our bus that took us to a really big harbour city La Rochelle. We left the school at 7.25 and the journey took approximately 2 hours.
At 9.30 we arrived to the city and at first went to visit very big aquarium. In this aquarium we saw about 6000 fish and a lot of other sea animals. Visitation of a whole aquarium took about 2 hours and in the end we could go to a shop with souvenirs.
At 12 o’clock we went to our bus for our lunch and we ate up all together outdoors the aquarium. Then we went to visit the centre of La Rochelle and see some sights or go to some shops. We divided to the groups and in these groups we had 2 hours to go through the city. Our group mainly went to some shops to buy souvenirs and for a while we sat to some local café.
After meeting with other classmates and teachers we could go to a Ferris wheel. Even though it was very high, we enjoyed the view. Then we just went back to the bus that took us back to Challans. When we arrived, we saw our families and went home. Then everybody had different program. We were watching some TV series and went sleep. We really enjoyed this day.

Today at 8:00 we got on the bus and went to Nantes. Nantes is a big city beacuse about 300 000 citizens living there, it took us about  an hour to get there from collage in Challans. When we arrived we went to the “Château des Ducs de Bretagne” castle where we started our sightseeing .First we went to the already mentioned castle. As second place we visited catherdral called “Saint-Pierre et Saint-Paul de Nantes”. Those two places were very beautiful, you can see that from the pictures and they also have an intresting history. After that we had a walk in the old city centre and we saw a lot of other intresting buildings and streets. After those 2 hours we stopped for the lunch and had some free time in Nantes centre. For next point on our list we took a boat across the river, then we arrived to a litlle fisherman village called Trentemoult. There we had a quest, we got a list of places to take pictures with and did some other  puzzles. At the end we could win some sweets. Almost everybody enjoyed this day and we had a lot of fun. In my opinion it was maybe the best day of the exchange, I liked a lot the quest part of the day.