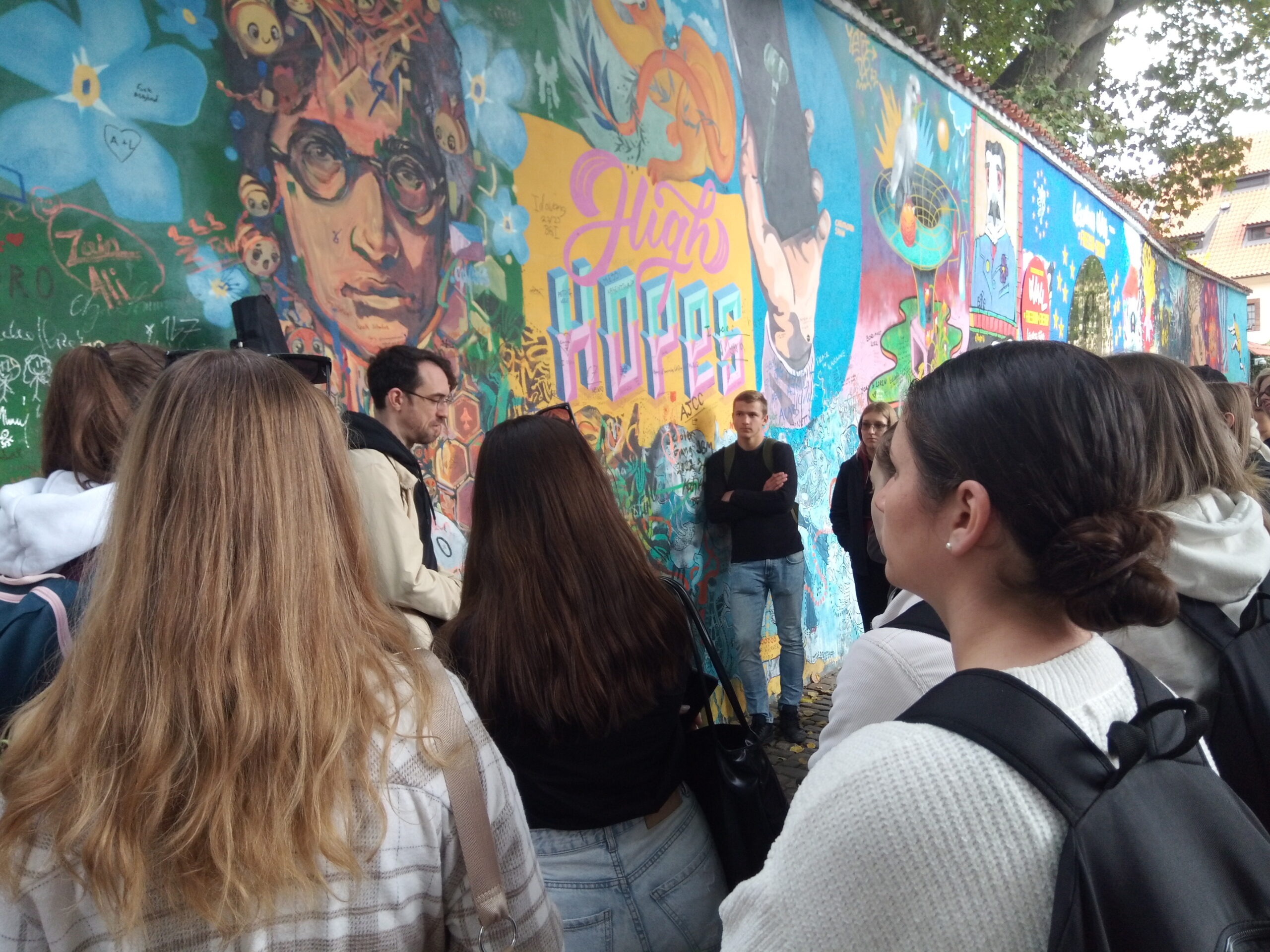 On 6th of October we set off for a guided tour in English. We started at the Municipal House which was built in the Art Nouveau style in 1912. We could admire beautiful mosaic by Karel Spillar and then we went in the direction of the cubist building called the House at the Black Madonna. You can have refreshment in a café on the 2nd floor. The front part of this building is slightly curved and it is crystal shaped.

The Astronomical Clock is located on the Old Town Square and is attached to the Old Town Hall in Prague. It is the oldest astronomical clock still in operation in the world. The main components are: the astronomical dials showing the position of the Sun and the Moon in the sky, statues of various Catholic saints and mostly known the Walk of Apostels. The lower circle of the clock shows what season it is at the moment. And the upper circle shows three different types of time. There is also a ring that shows zodiac signs. There are several other astronomical clocks in Europe : Stralsund in Germany, Strasbourg in France, Cremona in Italy.

We have seen both basilicas of St. Nicolas. What they have in common is the fact that they were founded the same year. Both were built in the baroque style and are of the same height. The least but not last, there used to be another church which was destroyed by fire. For this reason there was an urge to build a new one. These unique buildings were designed by Dientzenhofer.

Before its unification in 1784, Prague consisted of six boroughs and several other smaller incorporated communities. One of these was based around a monastery called Church of Our Lady beneath the Chain on the Lesser Town. Its owners were knights of Malta. The first walls were built in the 12th century. Then the church was rebuilt two centuries later. They have never completed it. A part of it is still without a roof. Nowadays at this unroofed place people can find a garden. The order of Malta rented the land to those who wanted to move to the center of Prague. It was easiers for the newcomers to pay the rent than have their papers done. We also visited the nearby John Lennon´s Wall.