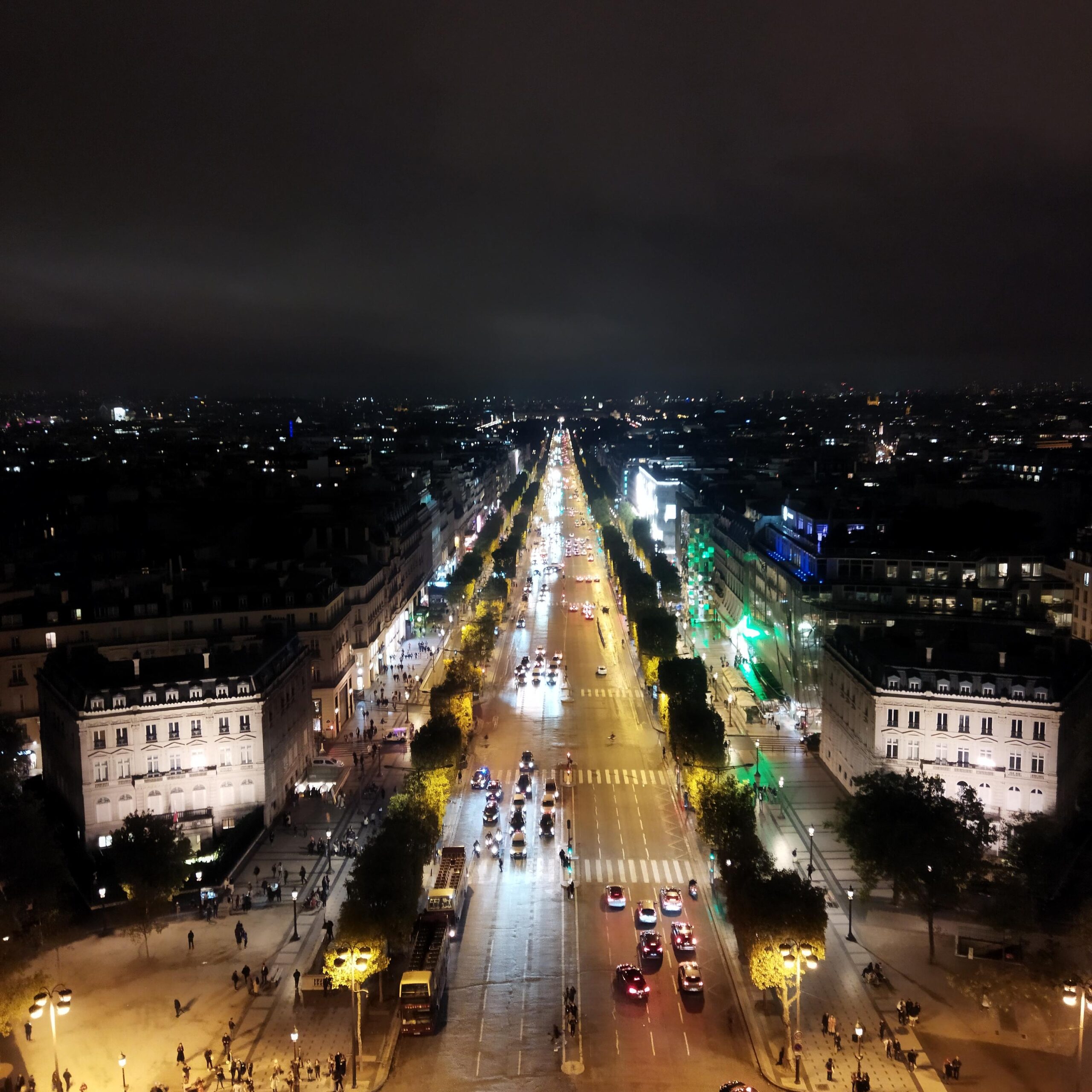 Everything started at 18:30, when we had a meeting in front of the school, where a big white bus was waiting for us. When everyone gathered, we handed over the important papers to the teachers and gave the suitcases to the driver, who stacked them in the trunk like a jigsaw puzzle. After that, we could get on the bus, where began the game between life and death as to who would have the double seat for themselves and who would have to squeeze in with a friend for the next 21 hours. When we all sat down and counted, we were able to leave. On the bus we talked, watched movies, listened to music and some even managed to fall asleep. Every 3 hours we stopped at gas stations to go to the toilet or buy something. We drove calmly, but in the night the police stopped us if we didn’t pick up someone unwanted. The next day we arrived in front of the school, where our correspondents from France welcomed us. We distributed gifts, and then each correspondent brought his or her Czech penfriend to his home, and there we parted…

On Friday morning we took a bus to the island of Noirmoutier. We didn’t take the bus to the island, but walked along a path that is approximately 4km long and is flooded at low tide. On the island we went through the market and a few shops, got on the bus and went to the next stop.  It was a small salt flat where sea salt was mined. This was followed by lunch on the beach where we took out our snacks and walked around the area. When lunch was over we boarded the bus and stopped for a short walk ending in a beautiful view from the forest, reached the school and headed home.

Today, we went on a trip in France. This day was really special, because it was the only day, we spent without our French friends. Our trip was about going into the famous aquarium in La Rochelle. There we could find different kinds of fishes and reptiles. After that, we went to discover this interesting city. And then, on our way back, we spent some time in La Roche, where we were playing with mechanical animals.

On the Saturday morning I didn’t do anything, because I woke up late, so I didn’t even have breakfast. After lunch we went to a small beach and played a ball game, when we got back home, we played badminton. Then we had a dinner and when we finished, we went to play bowling.

On Saturday morning, we went to the market to buy some seafood. In the afternoon, my family took me to the new swimming pool Nova. In the evening, we went to a birthday party of one of the girls from the French class.

In the morning, I woke up quite early, had excellent homemade “pain au chocolat” and then Nolan’s mom took us to Puy du Fou. It’s a beautiful park with lots of theatres, where are plays about different moments and stories in the history of France. In the evening, as said, there was a birthday party, which was very good🥳.

It was on Sunday when we staeted day with the french croissant and pain au chocolat. After we went to the city Les Sables d´Olonne. We were on the beach and after few houres we went to special street: Quartier de L´Ile Penotte where were shells´s pictures on the walls of the houses there.

On Sunday we went with the family on a trip to harbor where were many boats and then we had lunch in a near restaurant. In the afternoon we went to a beach where were really huge waves and the sea was beautifully clean. This beach was made of pebbles and the other on is calling Plage des Demoiselles it was sandy and we went there in the evening for a walk.

I was with my corespondant´s family at the weekend´s trip in Paris. We saw Louvre, Eiffel tower, Champs-élysées and it was really amazing. In the evening we took a train and went back home.

On tuesday, we were with our French correspondents in Nantes.

In the morning, we visited Machines d’Ile, where we saw the workshop, where some people makes new animal machines.

We also ride on giant elephant, which squirts water, it was amazing enjoyment!

After that, we ate food, what prepared our correspondents or their parents.

We visited also city centre of Nantes, where we were in groups with our correspondents.

We saw many interesting things, for example Nantes Castle, Passage Pomeraye and many other interesting places.

On Wednesday we went to Saint Joseph’s school in Challans. We split into groups and visited the classes at the school. Then, in groups of four, we did a treasure hunt in Challans. Most of us then went to fast food o’tacos for lunch. In the evening we had a party at the school for the last night.

Last day in France we had a meeting next to the French school. We said goodbye to our penfriends and than we went by bus to Paris. In Paris we visited some monuments, for example the Eiffel Tower and Louvre. It was really cool to see the most famous buildings, we knew only from pictures, in real life. At 00:00 we went back to the bus and most of us couldn’t fall asleep because of this wonderful and exciting trip.